Grethe Anderson and her family relocated to Stamford in the summer of 2017. After joining the Chelsea Piers Triathlon team, Grethe decided to run the Westchester Triathlon, an adult race in September 2017. At the age of 16, she won the entire race, qualifying her for the USAT Sprint Nationals this August.

More amazing than winning an adult race at 16, is that Grethe only began training for triathlons less than a year before and the Westchester Tri was her first full sprint triathlon. The story of how she began in triathlon, show the grit and tenacity of true competitor

A talented athlete who grew up playing lacrosse and running cross-country, competitive sports have always been a part of Grethe Anderson’s life. Her athletic career came to a halt, however, after she began experiencing injuries while living in England.

“I was running cross-country and began getting injuries. Doctors couldn’t figure out why,” shared Anderson. “They told me to take a break from running.” Anderson began biking and swimming once she was able to exercise again but began having more pain in her back and hips making it difficult to even walk up and down stairs.

“It was heartbreaking” shared Grethe’s mother Heidi Anderson on seeing her daughter in pain while doctors could not provide a diagnosis. “In 6 months everything she loved doing was taken away from her.” The Andersons finally found a doctor who diagnosed Grethe with Ankylosing Spondylitis, a type of inflammatory arthritis that primarily affects the spine or back. Caused by swelling of the ligaments, the most common symptoms of Ankylosing Spondylitis are chronic pain and stiffness in the lower back, buttocks and hips.

Diagnosis and treatment, helped, but Anderson needed to advocate for herself to get back into sports. “One doctor said, ‘you will never run again.” Anderson took that as a challenge, “I will do it and this is how.” Grethe, who had been swimming and biking to maintain some exercise, sought out options where she could do those sports as part of a team. She found a Youth Tri Club near her house in Windsor, England and began training in early 2017 with only the bike and swim portion of the race, participating in triathlon relays.

Anderson fell in love with the sport as much for the triathlon community as for the competition. “Everyone helps each other. It doesn’t matter if you win or if you come in last. You go out there and have fun.”

But Anderson is also winning. In the year since winning the Westchester Tri, Grethe regularly places amongst the top female and overall finishers in adult full sprint triathlons in the area. Her proud family is happiest to see Anderson back doing what she loves, “to be able to see her back in the competitive environment and to see her mentally back in the game, it changed everything.”

While Anderson finds it to be a fun challenge to compete against adults, she takes racing against them in stride. “I have my own goals, and they have their own goals. [Triathlon] is about doing it for yourself. Pushing yourself to your limits and celebrating others.” Grethe says she learns a lot from the adult triathletes, from equipment to use and how to go faster in the transitions between legs of the race.

While Anderson trains by herself for the running and biking portion, using the great hills in the in the area for training, she turned to Chelsea Piers Tri Coach Caitlin Drapp and Master Swim Coach, Jimmy Voyages for help with her swim leg attending swim practice every Thursday at 5:30am and Saturday at 6 am. “The coaches are intense, and I thrive with that level of intensity,” shared Anderson. “The Coaches believe that you are in this to improve yourself. They see what we are capable of.”

The coaches see a bright future in racing for the teen. “Grethe is a Junior racing adult distances and crushing them,” shared Coach Caitlin Drapp. “Not sure I have ever met a more focused teenager before in my life.”

In addition to training for and competing in triathlons, Anderson, who is going into her senior year at The Kings School will be busy this fall with AP Classes, homework, Model UN Club and deciding where to go to college. Triathlon will be a big part of her decision on where to apply. While Triathlon is not yet an established NCAA sport, many colleges have Club Teams that compete at Regional Collegiate Championships. Anderson’s triathlon goal, “to be able to have fun and do it for as long as I can.”

We are so proud to have Grethe on the Chelsea Piers team and wish her luck in the race this weekend! Follow Chelsea Piers CT on Facebook and Instagram for race updates. 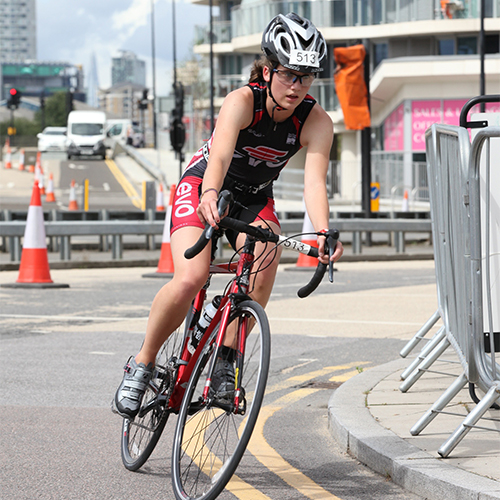 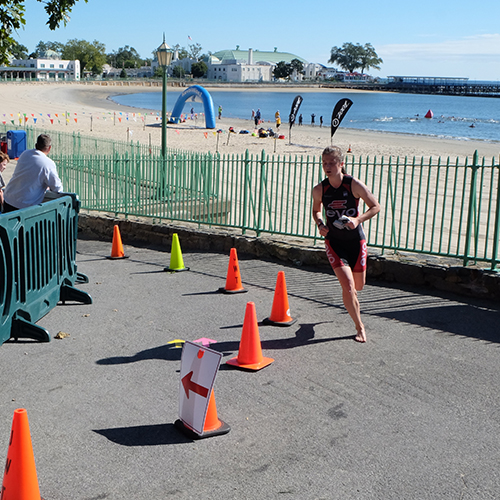 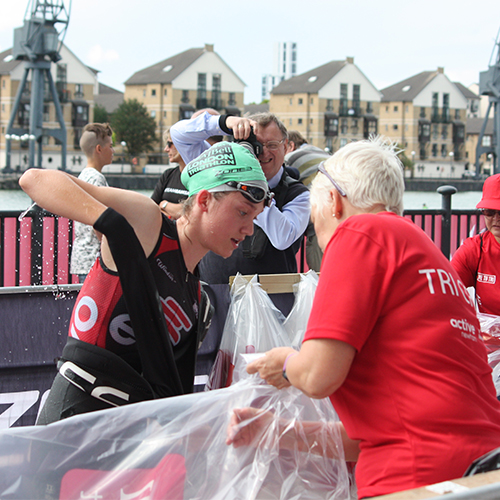