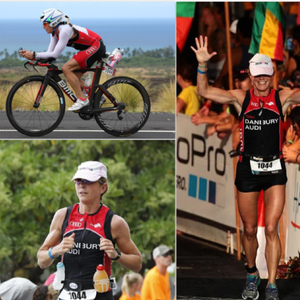 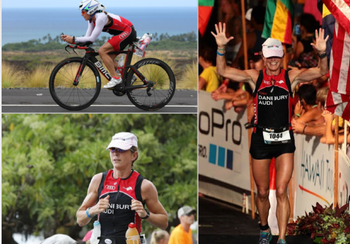 Don't Call it a Comeback

Photo: Tara Kupersmith placed 9th in her age group in the Kona Ironman in 2014. Photos courtesy of Kupersmith

Tara Kupersmith is many things, a mother, a coach, an accomplished Triathlete and a cancer survivor. After 3 years of sickness and multiple surgeries after beating cancer, on May 20th Kupersmith ran her first race since 2014, the American Zolfigen Duathlon and won the middle distance. But don’t call it a comeback. Kupersmith says she never left the sport.

Kupersmith found her love of triathlons after college and has participated in many sprints and Olympic distance triathlons since 1987. In 2004, she completed her first half Ironman, a 70.3-mile race. She proceeded to compete in her first full Ironman the following year in Austria.

In July 2014, Kupersmith raced Ironman Lake Placid and earned one of 3 Kona qualifying slots for the women aged 45-49 group, placing second in her division. In October of that year, Kupersmith placed 9th in her age group at Ironman Kona, finishing in 11 hours and 34 minutes. Two months later, she received her diagnosis of pancreatic cancer.

“I was sitting in the doctor’s office and as I was listening to the diagnosis all I could think was, I have an Ironman in six months, how long until I can ride my bicycle?” shared Kupersmith. Kupersmith was unable to do her next Ironman. While doctors were able to remove her cancer with a Whipple surgery, the recovery from the surgery left her battling longer-term complications with infections that weakened her body.

Kupersmith credits the training and her friends in the sport with helping her overcome cancer and get through the worst of the complications. More than the competition, Kupersmith has always loved the camaraderie of the sport and the ability to train and spend time with her friends. “Throughout it all I kept thinking I want to be back out there, to join my friends on the long ride to Cold Spring [New York] to get a coffee.”

Between December 2014 and January 2018, Kupersmith wasn’t able to string together 2 consecutive healthy months and had to forgo competing, but it didn’t stop her from working out when she could. “It is hard to get back out there after too much time out. Every time you get out there, it feels good even when it isn’t your best work out.”

After having hernia surgery in December 2017, Kupersmith got sick again. She spent two months recovering from her surgery and finally felt better to compete. “I signed up for the Am Zol race last year thinking that even if I don’t finish I just want to be up there. It’s not about how fast you are. Its about having a team of people who share your passion and make you want to get up again the next morning even when you don’ t feel like it.” There were only two women in the longest race. Kupersmith finished 7th overall and beat the other woman by 50 minutes.

Another race she set her sights on is the Ironman Lake Placid this weekend, which she was unable to compete in from 2015-2017. Regardless of how she places, her teammates find her to be an inspiration. “Tara is a huge inspiration based on her accomplishments as an athlete and the personal fight that she has endured,” shares Triathlon Teammate Caitlin Drap. “Her talents continue to amaze us all. She can ride harder and faster than any other female that I know. Regardless of her battles, she remains to be a top elite athlete.”

We will be rooting for Tara Kupersmith and the 15 other Chelsea Piers Triathletes this Sunday as they race the Ironman Lake Placid.

Click here to watch a live stream of the event or track our athletes on the Ironman Lake Placid website.

Not an endurance athlete? The advice Kupersmith shares with the triathletes she coaches can serve as an inspiration for us all: