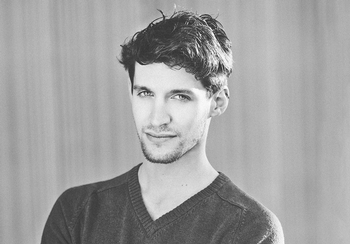 Barry Kerollis is an award-winning choreographer, dance educator, speaker, and social media expert based out of both New York City and Philadelphia. He currently works as Ballet and Contemporary faculty at Broadway Dance Center and Steps on Broadway, and manages the contemporary dance department at Greenwich Ballet Academy. He has choreographed for numerous organizations, held the position of Artistic Director of Alaska Dance Theatre, hosts the Pas de Chát: Talking Dance podcast on the Premier Dance Network, and runs the popular blog, Life of a Freelance Dancer.

Barry began his professional career with Houston Ballet. The following season he joined Pacific Northwest Ballet, where he danced leading and featured roles for seven seasons and worked as a delegate for the American Guild of Musical Artists. After one season as a Principal with Ballet X, Barry spent 4 years traveling the nation as a Principal Guest Artist.

As a dance-maker, Barry has been commissioned by the Columbia Ballet Collaborative at Columbia University (NYC), Cellopointe (NYC), Uptown Dance Company (Houston), and the Men in Dance festival (Seattle). In 2014, he was selected out of over 60 international applicants to choreograph at the National Choreographers Initiative. He was a finalist at both the Mccallum Theatre’s 18th annual Choreography Festival and the 2nd annual Visions Choreographic Competition. Mr. Kerollis has also received an Outstanding Choreographer award at Youth America Grand Prix.