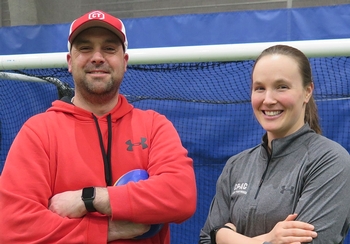 Chelsea Piers Connecticut is pleased to announce the 2017-2018 Soccer Club coaching staff. Together, the team brings decades of coaching and playing experience at every level, from youth leagues through collegiate teams, and is distinguished by the length of the coaches’ tenure at Chelsea Piers.

CPSC is a registered US Club Soccer member and will have teams competing in the Connecticut Club Soccer League [CCSL], New York Club Soccer League [NYCSL] and has registered as one of the founder members of the Girls Metropolitan League. There is a clear pathway for every player to reach their full potential. Through competitive league play, indoor practice at Chelsea Piers and outdoor practice at the Stanwich School, competition and affiliations with the top clubs in the region, will allow players to succeed.

The overall philosophy of Chelsea Piers Soccer Club is centered on the belief that following an athlete’s journey and understanding how to motivate a developing athlete is critical to his or her long-term success, both on and off the field. In accordance with this, coaches meet weekly in order to identify the additional needs of both players and teams.

“A developing athlete benefits greatly from having consistency in his or her coaching staff,” commented Dave Flower, Director of Coaching for Chelsea Piers Soccer Club. “We pride ourselves on hiring coaches that excel teaching the game on and off the field, bring playing experience and are also dedicated to building a career with us. We offer coaches an extensive array of support, including off-surface cross training, injury prevention and sports medicine resources. Our high-level coaches offer youth players many of the resources that traditionally are only available to a collegiate or professional player.”

Chelsea Piers Connecticut launched the Soccer Club one year after opening. Since then, the program has grown from three teams to 12 teams, ranging from U8 to U15 for both boys and girls. The coaching staff has achieved great success with each of the teams and is excited that the most senior teams are largely made up of players who began their careers at Chelsea Piers four years ago and have grown with the program.

Dave joined the Chelsea Piers team in 2012 and works as the Field House Director as well as the Director of Coaching for Chelsea Piers Soccer Club. He played youth team, scholastic and senior football in the UK before turning his hand to coaching in his early twenties. He has more than two decades of coaching experience with athletes ranging in age from elementary through high school. Through his years transforming Westhill High School into an FCIAC powerhouse, as well as selecting and coaching the best players in the state to compete in the Elite Clubs National League, Dave has helped dozens of athletes achieve their goals of playing collegiate soccer. He currently oversees all of the Chelsea Piers Soccer Club teams working to map out the pathways for those players looking to play at the collegiate level as well as those that simply love the game and intend to play as long as possible. Dave specifically coaches both the U10 and U12 Girls teams and runs technical sessions for the premier teams.

Susie joined Chelsea Piers Connecticut in the summer of 2012, prior to the facility opening. At Fairfield High School, she was an All-American as a goalkeeper and was selected to represent the region at the youth level. After high school, Susie was recruited to play as a goalkeeper at Yale University. After graduating, she worked as the Graduate Assistant for Fairfield University’s women’s soccer team while completing her MBA. Susie works full time at Chelsea Piers, combining roles as Sponsorship Director and Chelsea Piers Soccer Club Director. Susie’s passion is coaching and creating programs that build complete athletes. In addition to training the club goalkeepers, she also runs the U11 and U12 Player Development Academy teams and oversees all off-field team building, leadership and athlete development programs for the Chelsea Piers Soccer Club.

Jon joined Chelsea Piers in October 2013 in order to help meet the demands of the growing soccer program. A native of Liverpool, England, he brings extensive experience, having played and coached at the Division II level for the University of Bridgeport. Jon has trained multiple premier teams in his 15 years of coaching in Connecticut and is known as an expert in developing players to their full potential, teaching players compassion and kindness while also stressing discipline and control in their approach to the game. Jon will be coaching the U9 Boys as well as the older premier girls for the 2017-2018 season.

Johnny also joined the Chelsea Piers team in 2012 to help lead the growing youth soccer classes, coaching athletes from 2 to 18 years old. Originally from Bogota, Columbia, Johnny moved to Stamford as a 12-year-old and was a member of the standout Westhill High School soccer team. Johnny started his coaching career before he graduated from high school and has since gone on to work with many of the town travel programs in Fairfield County. Johnny attended college while working full time and caring for his young family. He is currently coaching the 2007 Boys Academy team and started the Chelsea Piers Junior Academy for talented players within the developmental soccer classes.

Javier joined the Chelsea Piers coaching staff in the winter of 2013, coaching the U11 Girls team during the first winter youth league season at Chelsea Piers. Javier brings considerable goalkeeping expertise, having played keeper at the Division II level, twice achieving All-NYCAC selection as a goalkeeper, and is the goalkeeper coach for the Division I Fairfield University men’s soccer team. Javier has over ten years of coaching experience and holds National Soccer Coaches Association of America and National Goalkeeping Diplomas. Javier’s recently formed goalkeeper training company, Keepermax, brings exceptional training for players in a position that is often neglected during team training sessions, and is offered to every one of the keepers in the program. Javier has coached the U16 Boys for three years.

Ross joined Chelsea Piers for its inaugural soccer season in 2013. He brings a strong emphasis on technical development as well as a plethora of experience, having played for Park University in Missouri and served as a trainee at Celtic Football Club in Scotland. After graduating, Ross started coaching with Sporting Kansas City’s Elite Club National League teams before moving to the Northeast in early 2013. Ross is currently the women’s Assistant Coach at Fairfield University and previously served as the Assistant Coach at the University of Bridgeport. Ross coaches the U13 girls as well as the 2006 Academy boys.